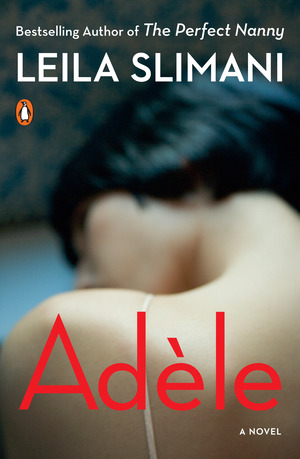 Adèle Robinson is a beautiful and wealthy woman with a loving husband and son, a luxurious Parisian apartment, a loyal best friend, and an enviable career as a journalist that allows her to travel often. But Adèle isn’t sure she wants any of these things. Her career bores her; her friendship is based on convenience more than true affection; her house sometimes feels like a prison; and she has complicated feelings about her husband and son, often wondering whether they even need her at all. More than anything, Adèle is addicted to sex, preferably with strangers—an addiction that’s destroying her life.

When we first meet Adèle, she’s about to give in after having remained faithful to her husband, Richard, for a whole week. Leaving Richard and their four-year-old son Lucien sleeping peacefully, she visits the apartment of one of her lovers before showing up to work an hour late. In order to keep her extramarital dalliances secret, she has to lie to her husband, boss, coworkers, family, and friends, inventing work meetings and childcare emergencies to account for the time she spends with men who aren’t her husband. What’s perhaps most strange of all is that her affairs are purely compulsive, devoid of any pleasure or joy.

Richard, who for much of the novel is blissfully unaware of Adèle’s other life, wants them to have another child and move to the country. Adèle doesn’t refuse, nor does she exactly accept; with characteristic ambivalence, she says nothing or changes the subject whenever he brings up the future. She loves her son, but parenthood is also a convenient way for her to “protect herself from other people. As a wife and mother, she is haloed with a respectability that no one can take away from her. She has built herself a refuge for her nights of anguish and a comfortable retreat for her days of debauchery” (p. 29). The tension between her two lives, and her inability to fully choose one or the other, leads her to fight with her only friend, Lauren, a photographer who has grown tired of acting as Adèle’s alibi whenever Richard comes looking for her.

When Adèle begins an affair with a coworker of Richard’s, Richard finally finds out that his wife has been hiding her terrible compulsion from him for years. Furious and hurt, he moves the family to the countryside and tightens his control over Adèle, sending her to a psychologist and monitoring her every move. But will his efforts be enough to keep their marriage intact, despite her betrayal? And will Adèle ever regain control of her own existence?