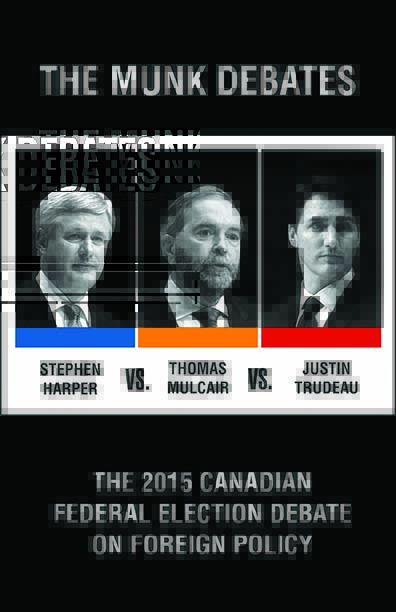 Too often, foreign policy issues have been afterthoughts in federal election campaigns. Now, for the first time, Canadians will have the opportunity to see the three federal party leaders recognized in Parliament defend their foreign policy visions for the country in a nationally televised debate. From the war against terror to Canada-U.S. relations to challenges and opportunities of international trade, the Munk Debate on Canada’s Foreign Policy will provide the public with important insights into how our next prime minister will defend and project Canada’s interests and values on the global stage.